World, Elon Musk (creator of the electric cars Tesla and the space transportation company SpaceX, among other projects) today presented an update to Neuralink , a project to create an interface between computers and the human brain .

The ultimate intention of Neuralink is, according to Musk, to solve health problems related to age and neurological damage, be it due to birth (blindness, deafness, etc.), age or some cardiovascular accident. ” It’s an electrical problem and it has to be solved electrically, ” says Musk, referring to technology that implants tiny filaments in the brain to read (or emulate) brain activity at the neural level.

Showing pigs with the implanted chips, Musk explained that the current generation of Neuralink is no longer a chip that goes behind the ear, but is a ” Fitbit in your skull “, a device the size of a coin that is inserted into the skull (It is the same thickness) with a series of metallic filaments that are inserted into the brain, in an operation that takes an hour and is completely robotic. Once installed it is not visible to the naked eye, according to Musk, and can be removed without a trace.

The reference to Fitbit is that it is a device that is fixed in the brain , has a battery that lasts a day, motion, temperature and pressure sensors, and 1024 channels, the filaments that are inserted into the brain and are capable of to read neuronal activity. Each filament is 5 microns thick and is intended to last at least a decade installed. According to Neuralink, the filaments do not damage the brain, even if they are removed from the brain, and allow to fire tiny electrical discharges that affect thousands of neurons each; stimulating them could simulate brain instructions. For now it is only at the cortical level.

The chip communicates with a remote device (a cell phone, for example) and with that they could read the neural activity or generate a discharge that gives an instruction to the brain that replaces an absent one or corrects it: blindness, paralysis, speech problems: In theory, all that could be solved with this chip, but there is still a long time to go.

It could eventually require more chips implanted in the spine, but according to Musk, that’s a close goal: getting someone to walk naturally, with one chip that reads commands from the brain and another that reproduces them in the motor area of ​​the back. , even if the connection between the brain and the extremities is damaged at the level of the spine (a quadriplegic person, for example).

Being able to read neuronal activity will also allow, one day, to have a backup of our memory; the chips will read the information and digitize it. Or have supernatural vision. Or telepathy with a partner. “This talk looks more and more like a Black Mirror chapter,” joked Musk, who says his company has clearance from the FDA (the US Food and Drug Administration) to begin the first human trials. There are, however, no dates for the arrival of this device on the market; The researchers say there is still a lot of work to do, and in fact the presentation was partly to interest experts in the field and add them to their team 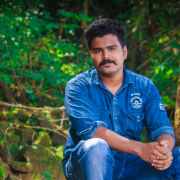 Zen 3 processors will use the Ryzen 5000 nomenclature

More photos of the AMD Radeon RX 6900 XT are filtered

Apple reveals the performance of its Apple A14 SoC @ 5nm, not as good as expected

Samsung presents a new 108 Mpx sensor and another 48 Mpx

Jensen Huang warns: After the purchase of ARM the arrival of some Nvidia CPUs is a possibility