Fans of the fantastic Harry Potter saga are in luck. At the PlayStation 5 event held tonight, Warner Bros Games unveiled Hogwarts Legacy , the new video game based on the universe created by JK Rowling developed by Avalanche Software , creators of Disney Infinity. The video game will arrive next year, on a date yet to be specified, for PS5, PS4, Xbox One, Xbox Series X & S and PC .

This first trailer for the game confirms that the Harry Potter RPG that was leaked a while ago is totally real . It was even stated that Avalanche Software was going to present a game , and it has been. Hogwarts Legacy is an open world RPG set in the universe of the Harry Potter books that is set in the 19th century.

We will play a student who has the key to an ancient secret that threatens to destroy the magical world. Our character has received a belated acceptance from Hogwarts and we will discover that he possesses an unusual ability to perceive and master Ancient Magic. We can decide whether to protect the secret or fall into the clutches of the most sinister magic.

In the game, we will be able to visit familiar places , and also some new ones, while we explore and discover fantastic beasts, we personalize the character and carry out the typical activities of the saga, such as making potions or learning spells. We can also make allies and fight dark wizards. 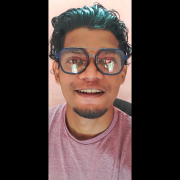