Capcom has shown in an event a few minutes of the reboot of the classic.

The Game Awards gala on December 10 left us with many prizes and interesting news. One of the companies that presented news was Capcom, which announced the exit of a couple of new projects for Nintendo Switch. On the one hand, the compilation of 32 classic games Capcom Arcade Stadium and, on the other, the return of Sir Arthur in Ghost ‘n Goblins Resurrection, a reboot of the saga.

Although at the event we could see the trailer for Ghost ‘n Goblins Resurrection, it is now that the Japanese company has shared something more about the title. In the latest Capcom TV video, the Japanese showed gameplay of the game on Switch, and you can see it in the video that accompanies this news (at minute 1:17:06). You can see how on an artistic level the game has changed a bit, to a somewhat more cartoon style. 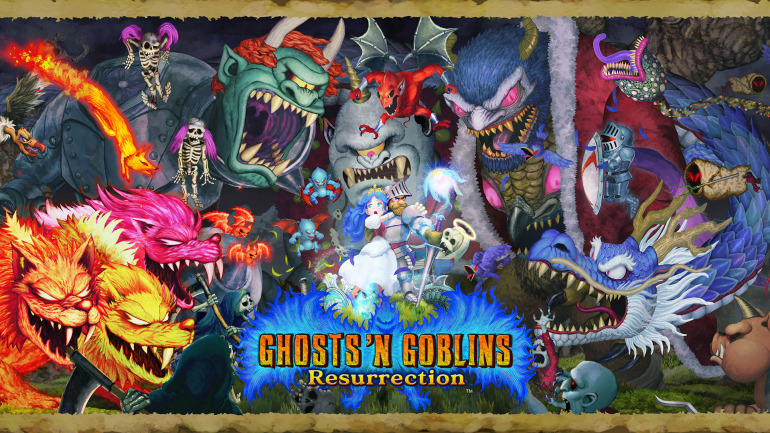 The movement of the character is also striking, something more exaggerated in his limbs. In terms of gameplay, we can see that it maintains the essence of the classic games, although it is still difficult to say if it will have the high difficulty that characterized the saga. Of course, the game keeps winks, like good old Arthur’s heart briefs.

Fans of this classic of platforms and action games will not have to wait too long to enjoy the title, since it will be released on Nintendo Switch in digital format on February 25, 2021. As for the Great N hybrid, which will add one more game to its extensive catalogue, the most recent news is that the president of Nintendo America does not see a need for a Switch Pro.

A God of War movie is in production alongside GOW: Ragnarok, both expected to be released around 6 months apart from each other

Resident Evil Village shows its map and the appearance of Mother Miranda, a key character